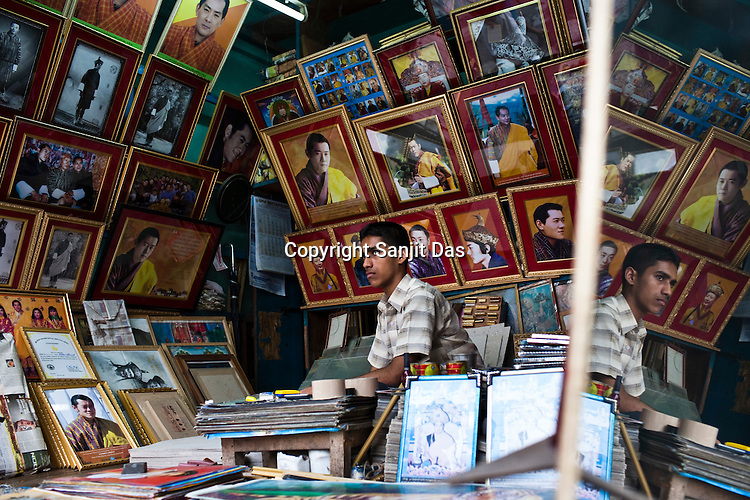 Portraits of the King of Bhutan Jigme Khesar for sale at a stall. The Bhutanese people elected the remote Himalayan nation's first democratic government when it voted for a National Assembly on March 24, 2008, in a landmark vote proposed by the royal family to peacefully transform the small Buddhist kingdom into a constitutional monarchy. Photo: Sanjit Das/Panos