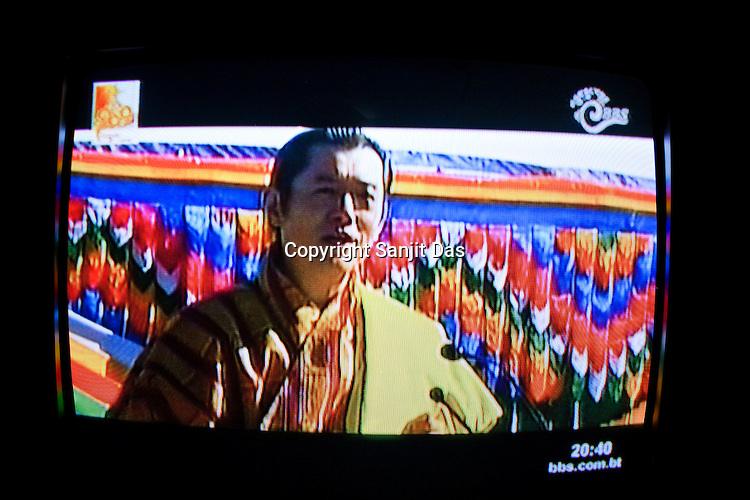 Television was used by the political parties for wider coverage of the electoral campaign, here the Bhutanese King Jigme Khesar Namgyel Wangchuck speaks on National television. The Bhutanese people elected the remote Himalayan nation's first democratic government when it voted for a National Assembly on March 24, 2008, in a landmark vote proposed by the royal family to peacefully transform the small Buddhist kingdom into a constitutional monarchy.