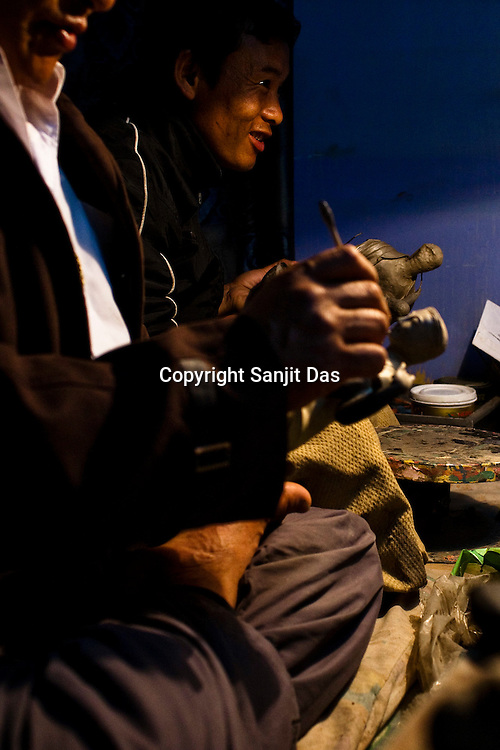 Local Bhutanese Craftsmen work in a handicrafts store in the capital Thimpu. Bhutanese are extremely conscious of their traditions and heritage. Television and the internet have been accessible only since 1999 in Bhutan, and were introduced despite widespread fears that their "controversial" content such as fashion shows, western music, wrestling, and pornography, could destroy the kingdom's traditional way of life based on unique Buddhist principles. Photo: Sanjit Das/Panos.