A young boy is attempting to catch the calf in village Rajagaon in Block Machreta of Uttar Pradesh, India. Most of the fertile farmland is lying barren and has small grass growing because of late rains. Villagers are happy for at-least there is grass for the cattle to graze. The 4 month annual rainfall is crucial to summer sown crops as 60% of the farmlands are rainfed. North India experienced scanty rainfall in late june to july. Till August, rain in India has been 26% below 5 year average. Late rains moist the fields but it is not enough for rice, sugarcane, oilseeds and pulses. Late rains also damage the alternate crops that need less water. 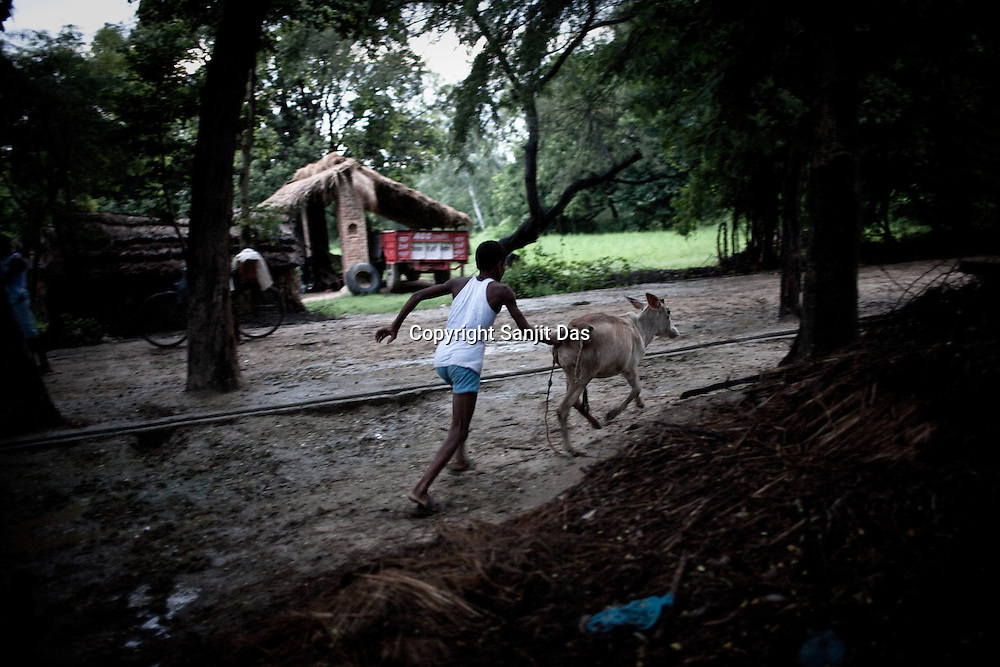