Local residents end up facing the brunt of the demonstrations. Here a family is seen suffering from tear gas. The Kashmiri demonstators raised anti-India and anti-election slogans and clash with Central Reserve Police Force (CRPF) and J&K Police during a protest in downtown Srinagar on May 8, 2009. Separatists oppose the holding of elections in Kashmir, arguing that they will not resolve the future of the disputed territory, held in part by India and Pakistan but claimed in full by both...Kashmir went into polls on the 4th round of Indian general elections. About 26 percent polling was recorded in the Indian parliamentary elections held in Kashmir on Thursday, May 7th 2009. The poll percentage was on the higher side this year as compared to 2004 polls when 15.04 percent polling was recorded. 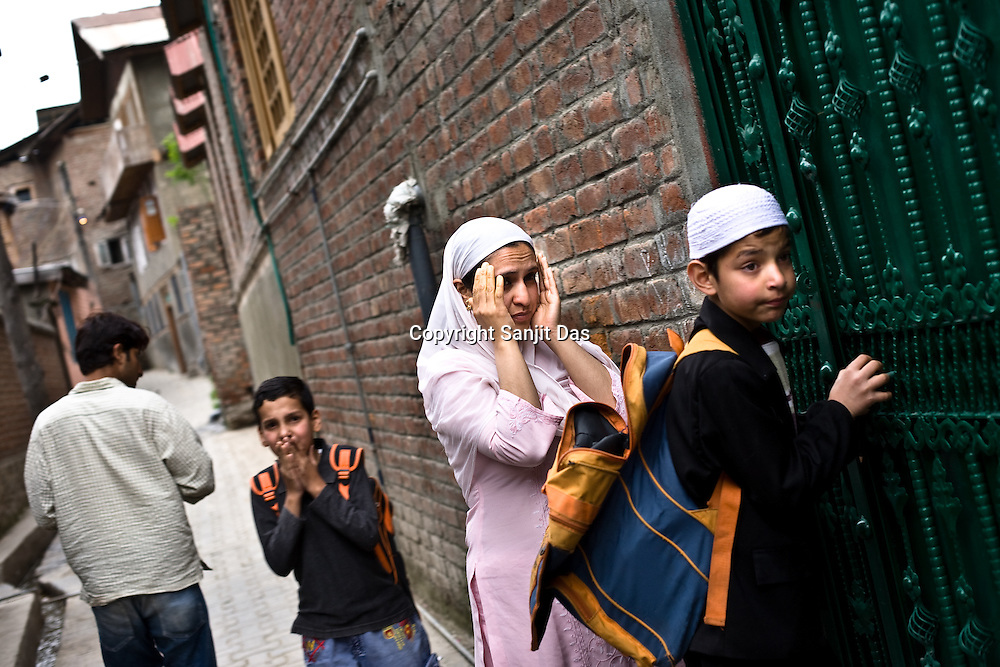